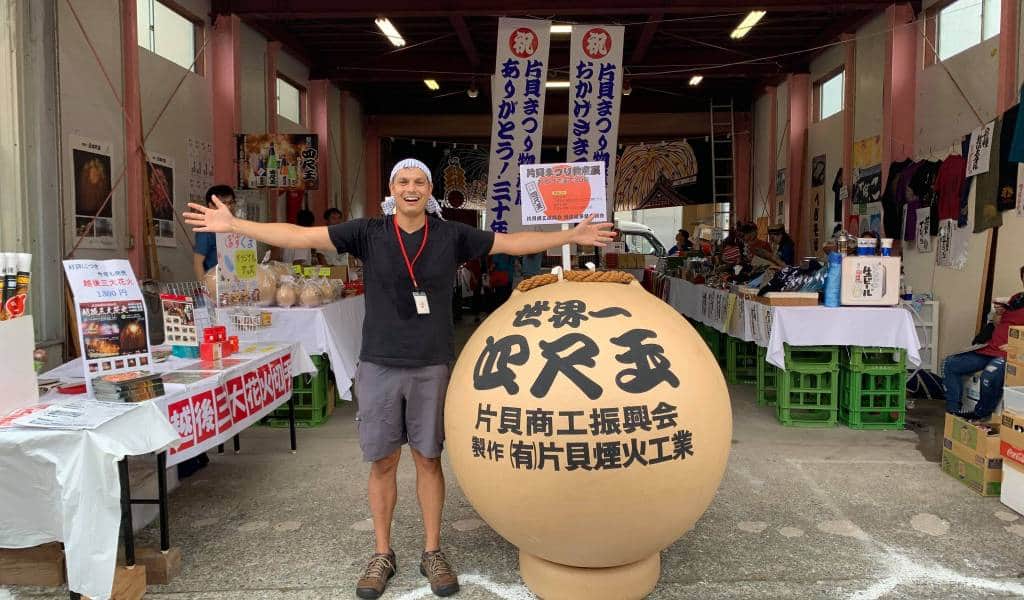 Pic: ONLY in JAPAN

With the help of a crowdfunding campaign on Kickstarter, ONLY in JAPAN YouTube creator John Daub is organising not one but two fireworks festivals, which will be broadcast live on YouTube to viewers around the world.

Dating back to as early as 1733, fireworks festivals have been a traditional part of summer for people throughout Japan. This year, events from the very biggest nationally televised festival to the smallest local festivals have been canceled as a result of measures to prevent the spread of COVID-19. To share this tradition with an international audience who are unable to visit Japan, and to support the workers in Japan’s struggling traditional fireworks industry, John is organizing festivals in Akita and Niigata prefectures which will take place in October. The festivals are being organized in conjunction with the Japan HANABI (Fireworks) Association.

The first ONLY in JAPAN Fireworks Festival is planned to take place in Akita on October 10, 2020 as one of the programs of the Omagari Autumn Fireworks event. John Daub will be livestreaming the spectacle on his YouTube channel and creating a documentary leading up to the show with an exclusive look into the unique Japanese fireworks industry. By creating his own fireworks event, Daub can film aspects of Japanese fireworks in ways that cannot be experienced at a usual public event. For example, drones cannot usually be flown during public fireworks festivals. Snippets of Japanese firework history will also be shared in the documentary.

The kickstarter campaign features exclusive merchandise and rewards such as uchiwa summer fans, festival towels, event posters, postcards and a 4K UHD documentary of the event. The documentary will show everything from traditional firework manufacturing to launch footage for backers to enjoy. The livestream will be free for all to watch on the ONLY in JAPAN YouTube channel.

ONLY in JAPAN has had a loyal and growing following online since 2013. Daub has grown a community of 1.5M viewers, and the YouTube series is one of the most well known when it comes to introducing both fascinating and obscure facets of Japan and its culture. Daub strongly believes that the message put out to supporters through the fireworks festivals will not only reach his audience overseas, but Japanese residents as well.

Written by: Greg Lane
Greg's Japan favorites are: Hirosaki Guide: Japan in a Nutshell, Hoppin’ on the Brew Wagon: Kanazawa’s Best Craft Beer Bars, 10 of Japan’s Most Impressive Castles
Filed under: Things to Do
Tags:
Sharing