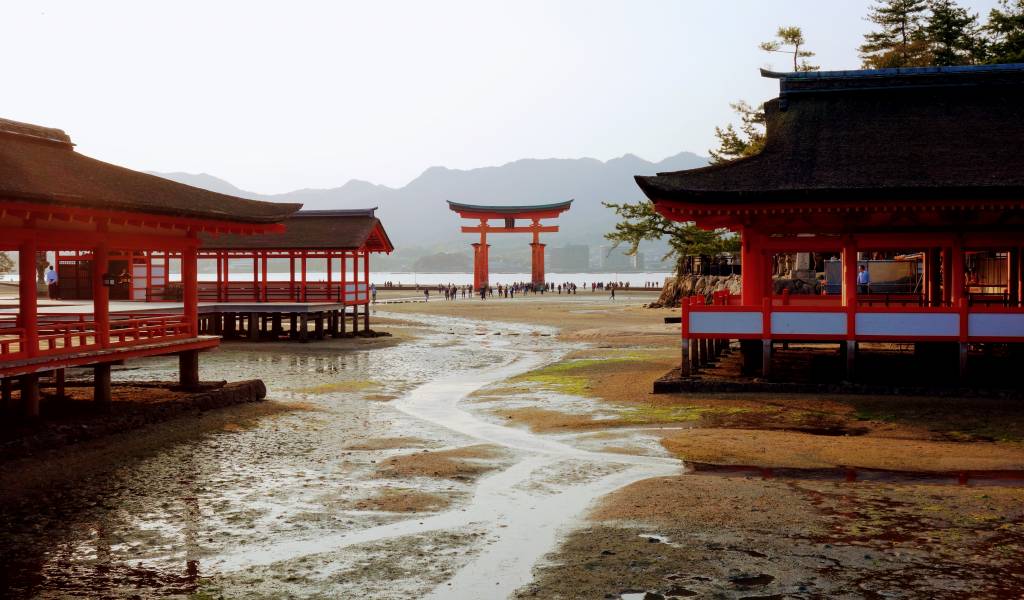 Japan by Prefecture: The Chugoku Region

What makes Japan so amazing to travel in is the variety—with every new prefecture, city or village you find something unique. Consisting of 47 prefectures, including 43 traditional prefectures, two urban prefectures (Osaka and Kyoto), one territory (Hokkaido) and the Metropolis of Tokyo, Japan has a lot of ground to cover, and a lot of surprises to unearth. If you’re thinking of venturing outside of the obvious, here are some highlights to help you pick your prefecture!

In our series, we cover the country by prefecture, with this post highlighting the five of prefectures of the Chugoku region. With plenty of stunning sea views and breathtaking landscapes like Tottori’s sand dunes and the torii gate of Miyajima, the sea is a vital part of the region. For lovers of seafood, amazing views and untouched towns, this is for you.

With a long coastline stretching east to west, Tottori has mountain ranges, flatlands and stunning sand dunes, all ready for exploring in every season. With ski slopes and onsen for winter and beachside dunes for summer, you may as well move here!

The Shan-Shan festival of Tottori City features thousands of locals performing the simple inaba umbrella dance brought from eastern Tottori. The name is onomatopoeic for the sound of bubbling spring water and the ringing of bells!

The local favorite has to be the long-legged snow crab. Delicious in pretty much any form, this dish is a must-try in Tottori. Plenty of restaurants offer courses and meals using every part of this spidery specialty.

Filled with shrines and temples, Shimane is brimming with history and culture as well as beautiful surroundings. If you want to lose yourself in nature, the hikes, pilgrimages and walks are out of this world, and sure to give you the escape you need.

The 10th month of the lunar calendar is known in Izumo as the The Month of the Gods (though, it’s known across Japan as the Month of No Gods). This is where it is believed the gods congregate during that time. It is celebrated with festivals to welcome, entertain and see them off. Check event dates as it is often held during the last week of November.

Izumo soba is made using the husks of the grain, giving it an earthier flavor. You pour the accompanying sauce over the noodles instead of dipping.

An unusual prefecture with a brilliant combination of natural beauty and man-made wonders, Okayama has everything from stunning gardens to modern art, so you can experience a whole range of Japanese culture!

Saidai-ji Eyo Hadaka Festival: Watch 9000 loincloth-clad men battle for two sacred sticks thrown down to them by a priest. If they can thrust them upward into a masu measuring box, they will be considered lucky men and blessed with a year of happiness. There is a children’s version on the previous day with local boys competing for rice cakes and prizes!

Okayama bara-zushi is a beautifully prepared dish of seafood and mountain vegetables on a bowl of rice with bright colors and delicious flavors in every mouthful.

On the Seto Inland Sea, Hiroshima needs no introduction. While some attractions may call to the area’s dark history, there are plenty of stunning spots and bustling cities to visit as well as temples, shrines and amazing festivals.

The Miyajima Fireworks Festival is truly stunning, with reflections bouncing from the water and surrounding the temple. You can enjoy the show from the shore or on a special boat, either making for great views.

To mark August 6th, an annual lantern floating festival is held at the Memorial Park. It is a solemn but beautiful sight.

Hiroshima okonomiyaki puts its own slant on the traditional favorite by layering ingredients rather than mixing them and often including noodles and a fried egg, leading to much bulkier creations!

The very tip of Japan, Yamaguchi is the quiet and traditional side of the country that has so often been lost. With old castle towns like Hagi, bustling market towns like Shimonoeseki, and no shortage of amazing foods, it is a brilliant chance to see untouched Japan.

The Yamaguchi Gion Matsuri is similar to that of Kyoto’s, but on a smaller scale and features a stunning Heron Dance, but there is also a brilliant goldfish lantern festival in August.

While fugu is a great talking point, a real local specialty is Iwakuni sushi. Layered rice made in large rectangles cut into servings, it is often served as part of teishoku lunch sets.

Easily reached from the likes of Kyoto and Osaka, extend your trip to Hiroshima and the surrounding areas for a break from busy crowds and a step back into a more traditional Japan!