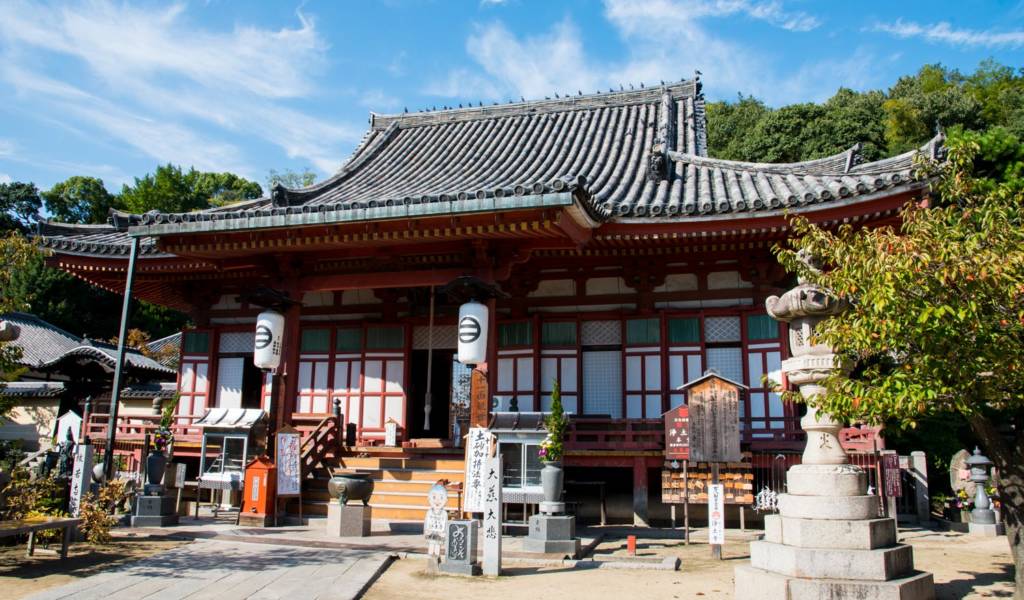 Exploring the Sacred Mountains, Backstreets, and Seaside of Onomichi, Hiroshima

Onomichi is a port town flanked by mountains full of temples and historic buildings located between Hiroshima and Kyoto on the coast of the Seto Inland Sea. A prosperous hub of commerce since ancient times and home to many of Japan’s celebrated writers and poets, Onomichi straddles the border between tradition and modernity. Onomichi was the setting for the critically acclaimed 1953 film “Tokyo Story” by director Yasujiro Ozu. It is also where the 2005 fantasy anime series “Kamichu!” was based.

Of the 81 temples located in Onomichi during the peak of their prosperity, the 25 that remain comprise the roughly 2.5-km-long Temple Walk which snakes its way through the mountainside. If you get an early start in the morning, experience favorable weather conditions, and don’t mind walking up and down a lot of steps, it might be possible to complete the circuit in anywhere from a few hours to a day.

The most visited and famous stops on the path is Senko-ji which is in Senko-ji Park at the top of Mt. Senko-ji. Accessible via ropeway or bus, the area also includes the Onomichi City Museum of Art and the Path of Literature (Bungaku no Michi). Senko-ji is famous for their many Niko Niko Jizo figurines that can be found arranged on site.

Located further down Mt. Senko-ji, Tennei-ji consists of the main temple and their 3-tiered pagoda (Kaiunto) which is an Important Cultural Property as declared by the Japanese government. Within the Rakan Hall are 500 statues, one of which is facing in the opposite direction—see if you can find him!

Although Onomichi might be famous for its Buddhist temples, there are also many Shinto shrines in the area as well. Ushitora Shrine is believed to date back to the 9th century which makes it one of the oldest in the area. It is conveniently located near the ropeway terminal and Onomichi Cat Alley.

The final stop on the Onomichi Temple Walk, Jodo-ji, is Japanese national treasure. It is also the oldest as it was believed to have been completed in the 7th century under the orders of Prince Shotoku. The 2-story pagoda and main hall are recognized as Japanese National Treasures as is the entire grounds of the temple.

Onomichi has a very special relationship with cats, which can be found in the many narrow alleys that wind their way through the town. In Senkoji Park, a Lovers’ Sanctuary with a sculpture of 2 cats, was erected in 2006.

Tucked away on the slopes of Mt. Senkoji, Onomichi Cat Alley (Neko no Hosomichi) is full of restored architecture which have been turned into cafes, art galleries, museums, and of course cat cafes! The Cat Alley is part of the Ihatov revitalization plan by local artist Shunji Sonoyama which was launched in 1997. Sonoyama personally painted all of the fukuishi neko (lucky stone cats) which line the narrow streets. There is also a Maneki-neko Museum that Sonoyama personally curated.

In 2015, a special Cat’s Eye Google Street View site was launched, allowing users to experience what Onomichi looks like through the eyes of a feline.

In addition to being an important trade hub and epicenter of spirituality, Onomichi was home to many famed writers and poets. The Path of Literature (Bungaku no Michi) is a collection of large stones engraved with the works of those authors. Among the honorees are the legendary poet Basho and novelist Fumiko Hayashi. While there is no English explanations of the inscriptions as of October 2017, scholars of Japanese literature may enjoy taking a stroll through the pages of history?

Efforts to revitalize Onomichi while preserving the historical value of the area have been increasing in recent years, perhaps due to lessons learned from the construction of Onomichi Castle during the Showa Period.

Minato no Yado is a historic estate on the hillside of Onomichi which has been restored using local methods and materials and converted into a unique lodging experience since 2012. It consists of 2 properties: The Western-style Shimazui Manor and the Japanese-style Izumo House.

Shimazui Manor is the former residence of a wealthy merchant and was built in 1931 as one of the first homes built on the hillside. The year of construction for the Izumo House is unknown but efforts have been made to maintain its Edo period aesthetics for a traditional Japanese ambience. Minato no Yado provides a rare chance for travelers to go back in time and experience what it must have been like for the merchant families of Onomichi living their lives on the mountainside.

Throughout the hillside are many unique homes which are being restored and repurposed for use by residents, businesses, and travelers. Various non-profit organizations are working to preserve the uniqueness of Onomichi while finding new ways to breathe life into the town. From the towering Gaudi House overlooking Onomichi Station, to the maze of winding streets leading right up to the tracks of the Sanyo Main Line, it almost feels like being in a Studio Ghibli film.

Onomichi is a popular destination for cyclists as the starting point of the 70km toll road Shimanami Kaido that links the Japanese mainland to Shikoku. The road passes through the 6 islands of Mukaishima, Innoshima, Ikuchijima, Omishima, Hakatajima, and Oshima en route to the terminus Imabari City in Ehime. In addition to bicycle rental stations along the route, Onomichi U2 is a waterfront warehouse that has been converted into a cyclist-friendly hotel. Bicycles can be rented for ¥1,000 a day with a mandatory ¥1,000 deposit for those who only plan to ride one way.

The area is famous for its ramen, characterized by flat homemade noodles and a rich broth highlighted by glistening drops of pork fat. The most popular place in town, Shukaen draws long lines from open to close. In the case that you don’t have the time or patience to taste what many claim to be the true taste of Onomichi, there are several comparable shops nearby with much shorter wait times as well.