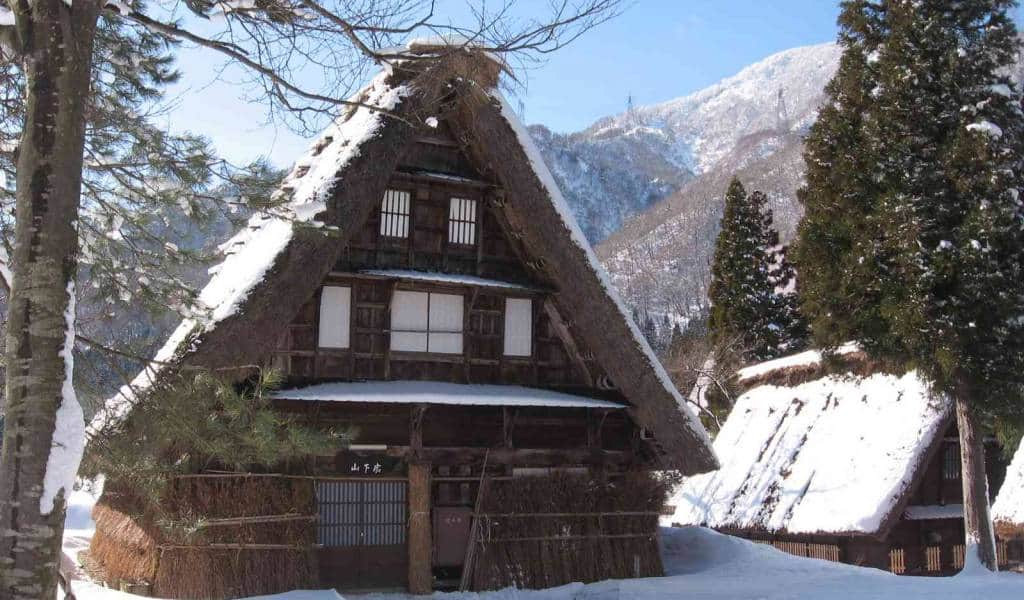 Discover the Authentic Charm of Gokayama

For those looking for a deep dive into the rich culture and legacy of Japan’s remote mountain towns, then Gokayama is next on your must-visit list.

Located in Toyama prefecture, on the border of Gifu, neighbouring the architecturally similar Shirakawago, Gokayama is a UNESCO world heritage destination and a village of centuries-old gassho-zukuri farmhouses. Somehow, despite its clear charms and easy access from Kanazawa, a hotbed of tourism, Gokayama had managed to maintain an untouched ambience about it, making it one of the region’s most unique and authentic destinations.

The folks of Gokayama go to great pains to emphasize the difference between their town’s culture and history with that of their more internationally-known neighbour Shirakawago. Although their history, when it comes to developing the down’s iconic architecture, at least is quite entwined.

Gokayama’s gassho-zukuri style houses (similar to the one you find in Shirakawago) are thatched-roofed farmhouses that nestled in the remote, snow-heavy region of Chubu were designed to both adapt to the seasonal challenges of living in such a location as well as providing a way to engage with wider Japan’s economy. Silkworm cultivation in the roof of the houses was a common way many of the townspeople made their money in both towns.

However, over time Gokayama’s main source of production shifted from silk to gunpowder, spurring on a series of events that impacted the culture of Gokayama, and still does today.

In the Edo Period (1603-1867), Gokayama became the largest producer of nitre (an ingredient for explosives) in the wealthy Kaga Domain (also known as the Kanazawa Domain). The industry proved lucrative for the people of Gokayama. Later, the town’s prosperity meant that the area’s people had time and the finances to explore more cultural pursuits, like kokiriko folk dance. It also ensured that many of the iconic farmhouses were cared for and that they stayed within the families, passed down to descendants of their owners.

This history is partly one of the reasons Gokayama also feels far less tourist-commercialized than Shirakawago. Gokayama’s relatively stable long-term financial situation means the area’s people have managed to maintain and continue the area’s legacy without relying too much on income streams that come from other newer industries like international tourism. Its independence means it’s excellent for those looking for a deep Japan experience, a potential mountain retreat location, but it proves a bit more challenging for the casual visitor who’s just wanting to see the region’s gassho-zukuri, which is worth keeping in mind.

Gokayama is a collection of 40 small villages if you want to get technical. However, two villages Suganuma and Ainokura, make up the majority of the area and are registered as World Heritage Sites, alongside Shirakawago’s Ogimachi village in Gifu Prefecture.

Suganuma is the centrepiece of Gokayama; the village is a small collection of residential houses, stores, and cozy family-run restaurants. It’s linked to another smaller village Gokayama Gassho no Sato, by an almost subway-esque tunnel, which these days also features an elevator (very modern). Both areas are easily explored on foot, but in terms of tourist-centric attractions, there isn’t a lot – which is a large part of its charm – so best to go with the simple plan of admiring the architecture and nature.

Ainokura is, on the other hand, the more secluded of the pair. While it’s the largest of all the villages of Gokayama (with around 20 traditional gassho-zukuri houses), it’s also the most remote. It’s more of a residential neighbourhood, but a few local restaurants and ‘kominka’ farmhouse accommodations.

Looking at Gokayama as a whole, it’s clear that the area is motivated by an undercurrent of spirituality and the appreciation for a philosophical ideology known as ‘yui.’ For folks of Gokayama, ‘yui’ basically means the spirit of community. The whole concept is that it ‘takes a village to raise a village’ which in such harsh natural environments and economic uncertainty has proved successful thus far. The town is clearly proud of its historical legacy, its wealthy history and the unique cultures it cultivated deep in the Toyama mountains, largely untouched by modern societies.

Gyotokuji Temple is one of the town’s most important locations. This straw-thatched roof temple was founded around the end of the Muromachi period (1336 to 1573) by influential monk Akao Doshu. Around this time, about 600-odd years ago, the city and its culture really started to take shape. The arrival of the temple town and the businesses and visitors that came with it infused the daily lives of the people of Gokayama with a strong sense of spirituality’s interconnectedness with the community.

Even today, the town’s local priest spends a good part of the end of the year visiting the homes within the town to share a sit-down shōjin ryōri meal with each household. The temple, for those interested, also holds a morning prayer at 6:30am daily that’s open to the public, and the next-door Gyotokuji Museum (Gyotokuji Temple’s treasure house) offers excellent insight into the temple’s history (in Japanese mainly).

Cultural highlights and what to do

There are plenty of reasons to visit Gokayama, but it is worth emphasizing the town’s clear personality and difference to the better-known Shirakawago area. Gokayama rewards those more intrepid travellers, folks looking to explore the area slowly, perhaps investing a few days into getting under its skin and feeling the pulse of the villages.

There aren’t any major stop-off tourist landmarks in Gokayama, but this authenticity is a huge part of its appeal. If you can, consider a retreat-style approach to the town, a place where you can get lost for a few nights, enjoying the local food, exploring with no clear purpose and uncovering the subtle scenic joys of regional Japan. As an overview, though, here are a few highlights and places to add to your itinerary when you’re in town.

Experience a kokiriko dance performance: Kokiriko is a traditional folk dance that began around 1,400 years ago. It’s native to the region of Gokayama and is held at Kaminashi Hakusangū Shrine festivals in spring and autumn. The performance features ancient instruments like the ‘sasara’ and traditional garb unique to the area. The town puts on semi-regular events throughout the year; you can find more information here.

Take a washi paper workshop: Gokayama was also quite involved with washi paper making during its Lord Kaga-controlled heyday. Even today, the legacy of this traditional art lives on. At road station TAIRA Gokayama Washi no Sato, you can learn all about the production of washi as well as explore how modern artisans are keeping the tradition alive in more contemporary styles.

Dip in the Kuroba Hot Spring: Experience the simple and tranquil pleasures of onsen bathing with a visit to the town’s open-air onsen. It’s an excellent spot to unwind after a long day strolling through the mountains and exploring the scenic villages.

Explore Murakami House: This is one of Gokayama’s most accessible Gassho Style Houses. It’s open to the public as a folkcraft museum and was designated as a National Important Cultural Property.

Sip sake at Sanshoraku Brewery: A symbol of the culinary passion and natural gifts of Gokayama, this brewery was founded in 1880. Its beech forests both protect the brewery and its villages from avalanches while also filtering mountain water that the local brewers use to create the town’s delicious Sanshoraku sake.

Sample the soba at Jippensha: As you can tell by the long lines of locals waiting patiently outside the store on the weekends, Jippensha is a popular soba joint. The restaurant serves up ultra-fresh, slightly chewy handmade soba noodles utilizing the region’s clear water and topped with delicious tempura vegetables.

In terms of accommodation, the best option for Gokayama is to book a kominka (historical home) stay within the town. The best place to find them is the official page set up by Gokayama.

How to get there

If you can explore by car, that’ll give you the best chance of covering more of the area in detail. However public transport is also an option, and the town’s information centre also has a select few bike rental options.

There are also a number of options for package travel tickets for those wanting to explore Shirakawago, Gokayama and surrounding destinations in one convenient loop. Some options also include the Shirakawago Gokayama Route Ticket (¥3,980), which offers a three day unlimited one way trip between Takaoka Station and Takayama (in either direction, but one direction only). There’s also the Gokayama Free Kippu (¥2,500), which is for round trips between Takaoka Station and Johana Station, but it doesn’t go all the way to Shirakawago.

The Gokayama tourism site has a list of options which you can explore in more detail here.

Japan offers a plethora of compelling attractions set within a stunning landscape. If it’s your first trip to Japan, or if you’ve done the main sites before and you’re interested in a deep-dive into the unique culture and scenery of the Japanese countryside, Gokayama is the ideal place to add to your next itinerary.