March marks the officially start to spring, and the quietest corners of Japan are waking from the winter hibernation for some fiery celebrations and film festivals! Wherever you are in the country, there will be something exciting to see and make your March memorable!

Note: As a preventative measure against the spread of COVID-19 in Japan, some events have been canceled or postponed for 2020.

An annual event, the Omizutori Festival is one of the oldest Buddhist recurrent events and dates back 1,250 years. Large numbers of torches are lit and hung from the balcony of the temple and people gather below them to be cleansed of sins and to look forward to a fresh start when the cherry blossom emerges. If you are showered with the embers from the hanging torches, it is considered good luck and you will be protected from evil.

The rallying cry of this annual film festival is “From Osaka to All of Asia!” and involves screenings of films from 19 countries and regions including Macao, Taiwan, Indonesia, India, Greece, the USA and of course, Japan. They will be screening a total of 58 films including several international premieres.
Recommended Service
30% off Mobile Hotspot rental from Ninja WiFi
Ninja Wifi is the biggest provider of rental pocket wifi devices to international visitors coming to Japan. They also have the most pick-up points.
Click here for details

An evening illumination event showing you Kyoto in a new light, this is the perfect excuse for an after-dinner stroll. The full route is 5km but you can pick and choose your highlights (geddit?) – including Shorenin, Entokuin, Hokanji and Kiyomizudera. There will be a Geisha performance at Yasaka Shrine.

The Sumo roadshow docks in Osaka for its annual March tournament and offers the Kansai locals a chance to see the wrestlers in action. While the first few days, weekends and final two days are the most crowded, it is easiest to get unreserved tickets on the other days – tickets are ¥2,100 for adults at the ticket booth.

In preparation for this fiery festival, the 13 neighborhoods that once surrounded the castle of the famed  16th-century warlord Oda Nobunaga construct complex floats using straw, bamboo and paper to compete for the top prize. Once a winner has been crowned, they are all burned together and men dance beside the flames.

A chance to see one of the traditional Geisha (known as Geiko in Kyoto) performances in Kyoto, the annual Kitano Odori features Geiko from the Kamishichen Area. Running since 1952, they have two performances a day and tickets cost under ¥0.

Kepp an eye out for some plum blossom and lanterns depending on which end of Japan you find yourself in this month!

One of the later destinations thanks to the cooler temperatures at this end of Japan, the pond known as Souriike is next to a park filled with over 5000 plum trees. There are 25 varieties and you’ll find blossoms a long walk or short bus ride from Teramoto Station. 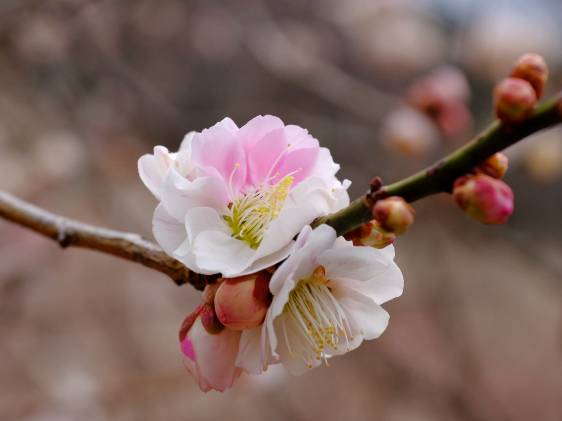 One of the non-free events, this one has a historical theme, with light displays taking you through the adventures of the Edo period and into the Meijo-era. Lights go on from 5.30pm until 9.30pm.

A small town transformed each winter, Yunishigawa sees hundreds of small snow houses appear in the snowy months. The town has sledding and onsen to enjoy during the day while the kamakura (snow houses) are illuminated at night. 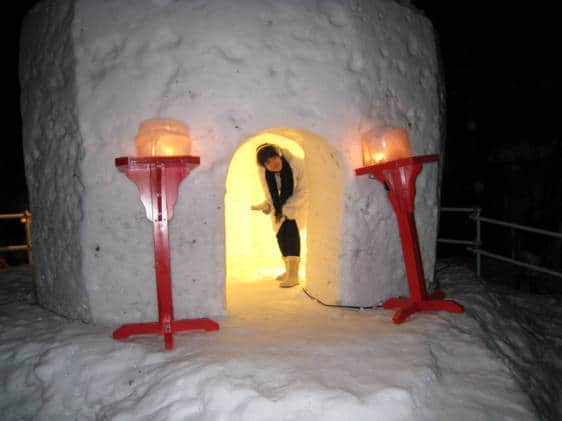 There are quite a few different locations for the Sapporo illuminations, with three stretching out into the first few days of March. Minami Hikyoritsu, Sapporo City Kita Square and the South Exit of Sapporo Station. The first two involve trees while the last has some unusual illuminated structures. 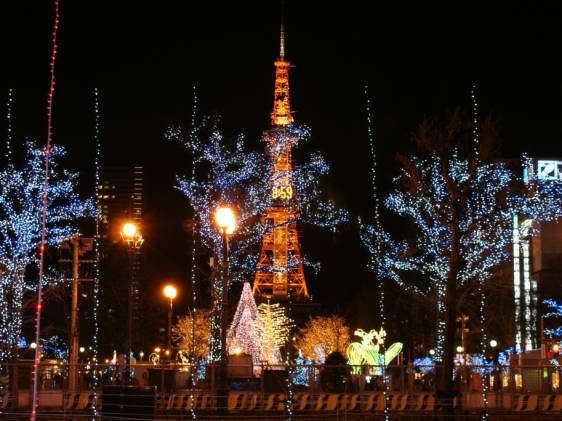 This illumination event involves plenty of lights, fountains and water displays with shows at 6:30pm, 7pm, 7:30pm, 8pm and 8:30pm as well as a 9pm show on weekends. The event is held at the location of the Gotemba Kogen Brewery if you fancy a drink to go with the sights. 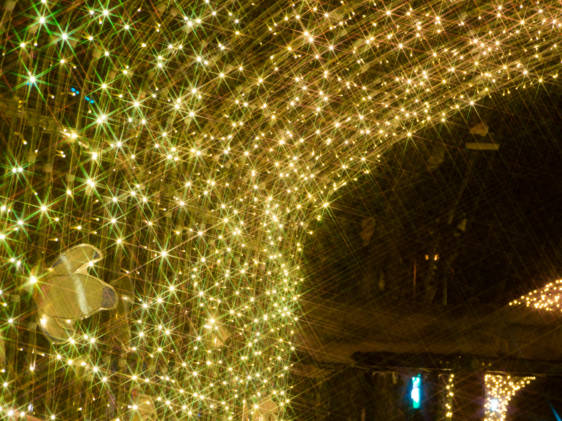