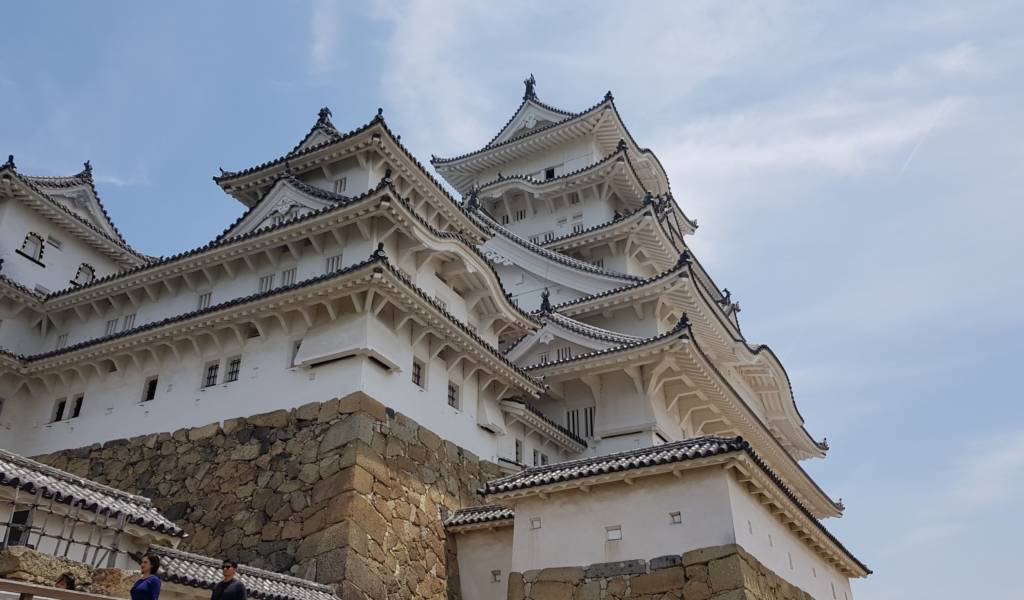 5 Things to Do in Himeji

If you read the guidebooks, there is just one thing to do in Himeji: visit the castle. While we can’t argue with experiencing the splendor of what is probably Japan’s best and most authentic feudal-era castle, there are plenty of other things to do in this Hyogo Prefecture city.

You can read more about Daisho Leather Factory in our article Beyond Himeji: Top Reasons to Explore Hyogo.

Tours of the factory are available, so phone ahead before visiting.

Mount Shosha is a picturesque “mountain” (it’s only 371 m above sea level!) on the outskirts of the city that has a temple at the top—Engyōji. Engyōji is one of the 33 temples on the Saigoku Kannon pilgrimage of historic temples in the Kansai region. There are structures within the temple that date back to the 13th century. It was also a filming location for some scenes of The Last Samurai.

The mountain is about a 25-minute bus journey from Himeji Station. From there, you can either take the Shoshazan Ropeway to the top, or you can do a relatively easy hike of about 1.6 km (1 mi) to the summit.

To get to Mount Shosha, you can catch a bus for Shoshazan Ropeway from JR Himeji Station or Sanyo Himeji Station. You can get a discount by purchasing a combined return Shinki Bus + Ropeway ticket from the Shinki Bus Terminal for ¥1,420. A one-way trip on the ropeway costs ¥600 while a return costs ¥1,000. The bus costs ¥280 each way. If you plan to hike either up or down and take the ropeway on the other leg, then buying your tickets separately is cheaper.

Sure, this is the obvious one, but we were hardly going to leave it out of a Top 5 on Himeji.

Painfully popular during cherry blossom season and only a little less so during the rest of the year, Himeji Castle is a must-see if you’re in the Kansai area. Considered to be the country’s most impressive castle, it is also called the White Heron Castle and is known for its complex grounds and elegant appearance.

The castle avoided damage during fires, wars and earthquakes and is one of Japan’s 12 original castles, although it underwent significant restoration before re-opening in 2015. There are over 80 buildings spread across the grounds and it is free to explore up to the Sannomaru (third bailey). Entry to the castle will set you back ¥1,000, and if you would also like to visit the nearby Kokoen gardens you can get a combination ticket for ¥1,050—so probably best even if you’re not sure you’ll visit both.

The walled paths and twisting routes up to the castle are really unusual and add to the sense of occasion, along with steep staircases as you approach the castle itself. The inside is mainly empty and has some displays as well as a shrine, but is best for the views across the countryside surrounding it.

Himeji Park is a large park of 107.8 hectares located in the middle of the city.

As well as being the site of Himeji Castle, the park contains the ruins of numerous historical structures. There are also shrines, museums and a zoo. Additionally, the park is the venue for a number of major events including the Himeji Yukata Festival and the Himeji Castle Festival.

Unlike the castle itself, entry to the park is free. It’s a 15-minute walk from Himeji Park or a 5-minute ride using a Himechari rental bike from the rack next to the North Exit of Himeji Station.

The Kokoen garden is located between the Senba River to the west and the castle moat to the west, on the site of the former feudal lord’s west residence.

The garden is a relatively recent construction, dating from only 1992. It was built to celebrate 100 years of Himeji becoming a city.

Within Kokoen, there are nine different gardens connected by streams, waterfalls, and ponds. The garden is a popular filming location for Japanese period TV dramas and movies.

The garden is about a 10-minute walk from the castle, or a 15-minute stroll from Himeji Station. Admission is ¥310 for adults and ¥150 for children. As mentioned previously, there is also a combined castle + garden ticket for ¥1,050.